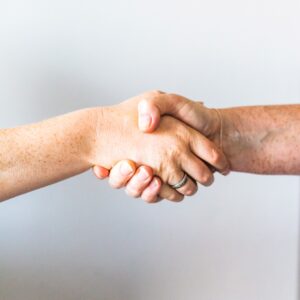 A divorce is considered uncontested when spouses agree to all of the terms of the divorce and those terms are memorialized in a signed, written contract called a Marital Settlement Agreement. Generally, the terms of the agreement will address alimony and the division of marital assets and liabilities. If the parties share a dependent child, the agreement will address any child support obligation, and a Shared Parenting Plan will be created and incorporated by the Marital Settlement Agreement. Historically, uncontested divorces are resolved in far less time than contested cases.

A case is referred to as contested when spouses cannot agree to the terms of the divorce prior to the filing of the action. A contested divorce is initiated when one spouse files a petition for dissolution of marriage, wherein the filing spouse asks the court to settle any disagreements on the terms of the divorce and to dissolve the marriage. Once the non-filing spouse is served the petition and a summons, which is an official notice from the court that a case has been filed, the non-filing spouse must file an answer in the case in order to avoid the entry of a default judgment. After pleadings have been filed, the parties will begin the process of discovery, wherein the parties must exchange certain information, such as financial affidavits and bank records. In many Florida counties, parties to a contested divorce are required to attend mediation, which is an informal meeting during which the parties and their respective attorneys, with the help of a neutral, third-party, will attempt to reach an agreement on the terms of the divorce. A successful mediation will result in a signed Marital Settlement Agreement, often avoiding the need for a final hearing.

What is Family Law?

How Is Child Support Calculated In Florida?