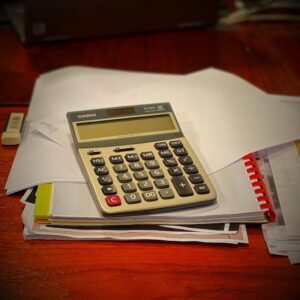 In Florida, child support is determined by a formula spelled out at Chapter 61.30 of our statutes. Lawyers and judges refer to this as the “Florida Statutory Guidelines.” Under the Guidelines, support is based primarily on the incomes of the child’s parents. Almost all sources of income are considered, including military allowances and adjustments like BAH, BAS, COLA. Conversely, some income may be excluded from the calculation, such as third-party income from as a new spouse. Otherwise, income is reduced only for “allowable” deductions, such as federal taxes. This generally means that “payors” of child support do not get a break for the expenses of rent, car payments, or even the costs of supporting later-born children, while payors may get a deduction where child support for other children has been court-ordered and actually paid.

In theory, the purpose of the formula is to simplify the calculation of support in order to reduce conflict between the parties and promote uniformity among cases. In reality, there remains a lot of room for negotiation, and yes… litigation. Generally, litigation on child support centers around disagreements on the actual amounts of gross (before-tax) income or whether certain income deductions should be “allowed.” Those issues must be properly addressed during your case through investigation, financial disclosure, and discovery, because once support is ordered, it can be difficult to modify.

The formula also permits adjustment of support in light of the actual shared parenting arrangement. In other words, a parent who spends considerable time with his or her child, in terms of the percentage of annual “overnights,” may find their support significantly reduced in consideration of the practical support being provided during visitation. Among the surprising consequences of the Guidelines is that, on occasion, a parent who shares equal, or even majority, time with the children is ordered to pay child support to the lesser-earning parent. Although, in most cases, the law will result in a significantly lower support obligation for the parent who does, in fact, exercise visitation more than 20% of the overnights per year.

What Does “Irreconcilable Differences” Mean?