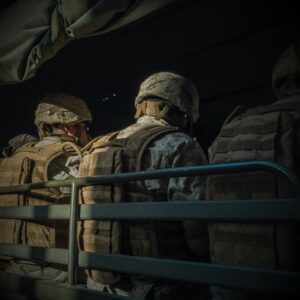 In any divorce proceeding, the primary goal is for parties to walk away with a Final Judgment that settles all of the major issues that were in contention (e.g. child custody, child support, alimony, division of marital assets and liabilities, etc.). In an uncontested divorce case, the parties have resolved their own issues and entered into a Marital Settlement Agreement that is filed with and ratified by the court. As such, an uncontested divorce in which one or both of the spouses is a military servicemember plays out in the same way it would in a divorce between civilians.

Unfortunately, the heavy burden of patriotic duty that sets our military men and women apart from the civilian population can become distorted and amplified in a contested divorce proceeding, specifically with regard to child custody. For instance, a civilian spouse who was once proud and supportive of the other’s military career may suddenly begin pointing to the demands of that career as, some how, diminishing the servicemember’s ability to provide consistent care for a child. A divorce attorney who has sufficient knowledge of military life and experience with military divorces should be prepared to counter such arguments and extoll the many benefits a child receives by virtue of a parent’s military service.

Why Was My Divorce Case Referred To A General Magistrate?

Will I Get Alimony?