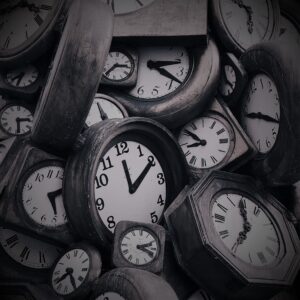 A divorce is finalized when a judge, or general magistrate, signs an order known as a Final Judgment of Dissolution of Marriage. Generally speaking, the Final Judgment represents the court’s recognition of a binding contract between the parties that settles, at least in theory, all of the terms of the divorce.

In an uncontested divorce, the contract described above is called a Marital Settlement Agreement (MSA), and it contains all of the terms that the parties themselves have agreed to. When the parties enter into and file their own agreement, there’s no need for the parties to attend mediation or a final hearing; there is, in most cases, nothing left for the Family Law court to resolve. For this reason, uncontested divorces can be finalized relatively quickly. For instance, in Okaloosa County, the jurisdiction where our office is located, uncontested divorces can be finalized in as little as 20 days from the date that the case is filed.

In a contested divorces case, a filing spouse is asking the court to resolve all of the terms of the divorce on which the parties are in disagreement. In order to make a ruling on each issue, the parties will be required to provide the court, and each other, with all of the relevant facts of the case. This exchange of facts is referred to as Discovery, and it can, itself, be a lengthy process. In addition, many Florida counties require that parties to a contested divorce attempt to settle their disputes through mediation, an informal meeting wherein a third-party facilitates the negotiation of a Marital Settlement Agreement. If the mediation is successful, meaning an agreement is reached, the resulting agreement is filed in the case, avoiding the need for a final hearing. However, when mediation does not result in a complete agreement, a final hearing must be scheduled, at which the parties will plead their cases before the court. As such, a contested divorce can take anywhere from months to years to be finalized.

Can I File For Divorce In Florida?

Why Was My Divorce Case Referred To A General Magistrate?