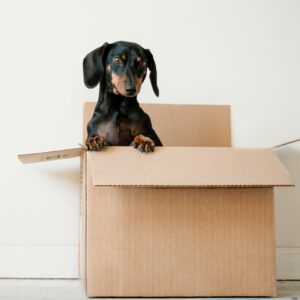 In the months and years following a divorce involving children, new job opportunities may arise or new romantic relationships may be formed, suddenly making the idea of moving to a new city or state desirable. Frequently, our firm is contacted by former clients who want to know 1) if they are allowed to move with their child, and 2) if permissible, what steps should be taken before moving?

In general, people are free to travel. In fact, just as the freedom to make decisions for the care and well-being of one’s own child is recognized as a fundamental, constitutional right, the right to travel as one pleases is constitutionally protected. Rights, however, may be limited or restricted by law or by contractual agreement between parties. For instance, a Family Law court may place restrictions on relocation when parties share a child in common. Such restrictions may be ordered as part of a Final Judgment or even prior to the entry of a judgment for the purpose of maintaining the status quo until the case can be finalized. Alternatively, the court may incorporate into its Final Judgment the parties’ own agreement regarding the treatment of relocation if and when a parent subsequently wishes to do so (i.e. The parties’ own agreement on future relocation may become a court order, and violation of a court order can have civil or even criminal consequences).

In either of the scenarios described above, a parent contemplating a move should first determine whether the Final Judgment, or last order entered, specifically addresses relocation. Terms controlling relocation, however, are not always included in final judgments for dissolution of marriage, despite the fact that moving is something parents commonly feel the need to do in the wake of a divorce proceeding. Fortunately, Florida law provides default rules that control the terms of relocation when a Final Judgment is silent on the matter of relocations involving children (see §61.13001 Florida Statutes.)

Under §61.13001, a relocation is defined as a parent moving 50 or more miles from their primary residence. Thus, if §61.13001 controls relocation and a parent wishes to move to a new house that is 49 miles away from their home, they may do so without obtaining permission of the court or the other parent (Please note that not needing permission to move does not mean that a parent does not have to first satisfy other requirements in order to avoid violating the court’s order). Conversely, where §61.13001 controls, a parent who wants to move 50 miles or more from their current home may only do so by petitioning the court for relocation and obtaining permission or with a written agreement that is signed by the other parent. The agreement must be ratified, meaning retroactively accepted, by the court. Where a non-moving parent is unwilling to consent to the relocation and the court has been petitioned to resolve the conflict, the parties must persuade the court that the move is or isn’t in “the child’s best interest,” which is the primary standard applied by Florida’s Family Law courts to questions involving children. Other factors the court will consider are enumerated at §61.13001(7).

The legal and personal consequences of running afoul of a Family Law court order can have a lasting, negative impact on both a parent and his or her family members. As such, whether relocation was addressed in a Final Judgment or controlled by Florida’s default relocation statute, a parent should always seek the guidance of an experienced Florida Family Law attorney if and when considering a move. The terms of a Final Judgment can be complex and the requirements of §61.13001 regarding relocation extend well beyond that which was discussed above.